The extra step
to save our future

Climate change is a complicated matter. What’s not complicated is that we know it’s happening. You’ve heard it all before, and maybe you feel like it’s too late to prevent disaster.
But actually, it's totally up to us.

If humanity invests just an extra 2% of Global GDP in developing eco-friendly technologies and infrastructure every year, this would be enough to prevent catastrophic climate change, while also creating lots of new jobs and economic opportunities.

One small slice of the pie;
One giant leap for humankind

Shifting 2% of the budget from here to there is what politicians do all the time. So we should pressure them to just do their job. It’s a concrete, clear and feasible target – 2%. 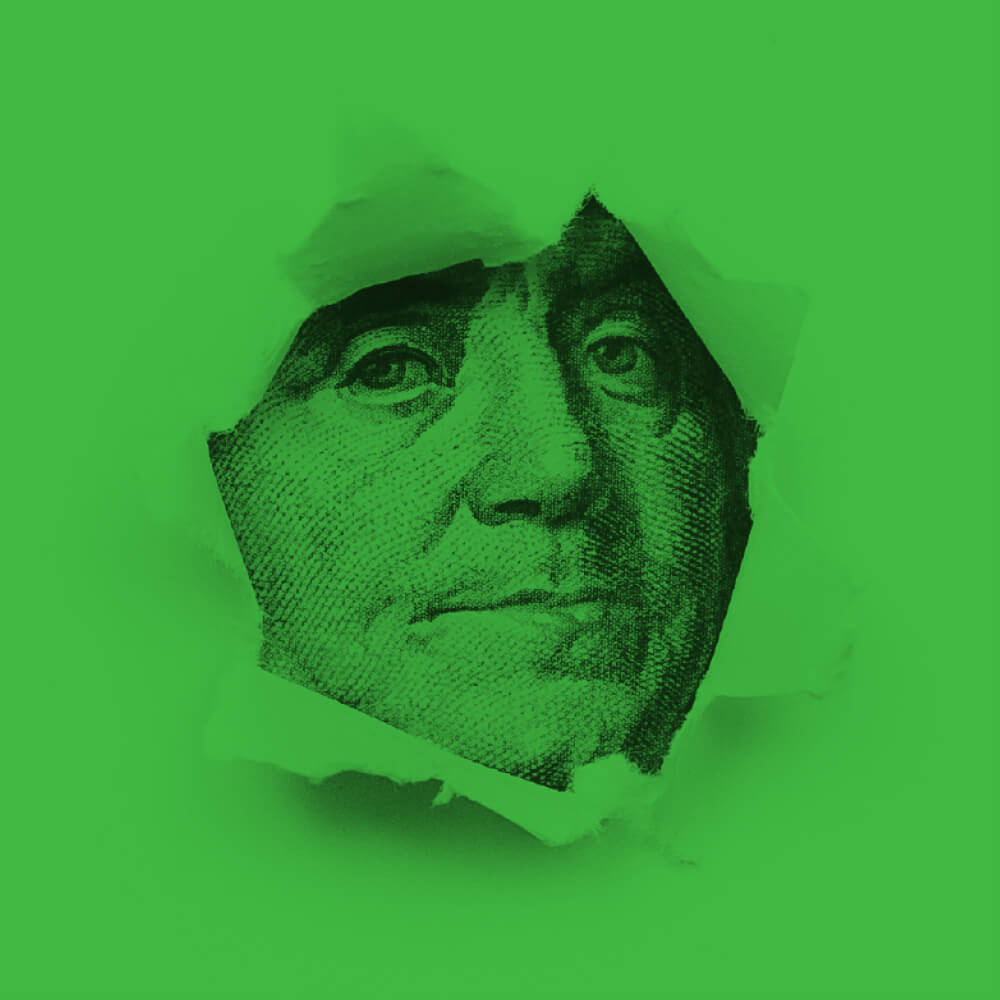 What could politicians buy with 2% of Global GDP?

Here are some examples taken from recent research, demonstrating what 2% of Global GDP could buy. Scroll to the end for our list of sources:
- A carbon-neutral economy: With a consistent investment of just 2% more, a carbon-neutral economy could be created by 2050. That means the entire world would be powered without surplus carbon emissions, using technologies like solar and wind energy.

- Conservation of the entire Amazon rainforest: Based on the current price of rainforest land in South America, a one-time donation equivalent to 1% of Global GDP would enable local conservation groups to turn the whole of the Amazon rainforest into a protected nature reserve. Just think what could be achieved with a regular commitment of 2%!

What do politicians currently spend 2% or more on?

- Direct fossil fuel subsidies: Every year, governments spend about US$500 Billion on (wait for it) direct subsidies for fossil fuels. Which means that every 3.5 years, governments write a cheque for 2% of Global GDP, and gift it to the fossil fuel industry! Why not give this present to our children's future instead?

- Tax evasion: It is estimated that every year, governments lose US$427 Billion in taxes due to corporations and wealthy individuals hiding funds in tax havens. This means that every 4 years, the equivalent of 2% of annual Global GDP is lost through tax evasion. To save the future, we’ll probably need to impose some new taxes. But why not start with collecting the old ones?

- Wasted food: It is estimated that over 2% of Global GDP is spent on food that goes to waste every 2 years. 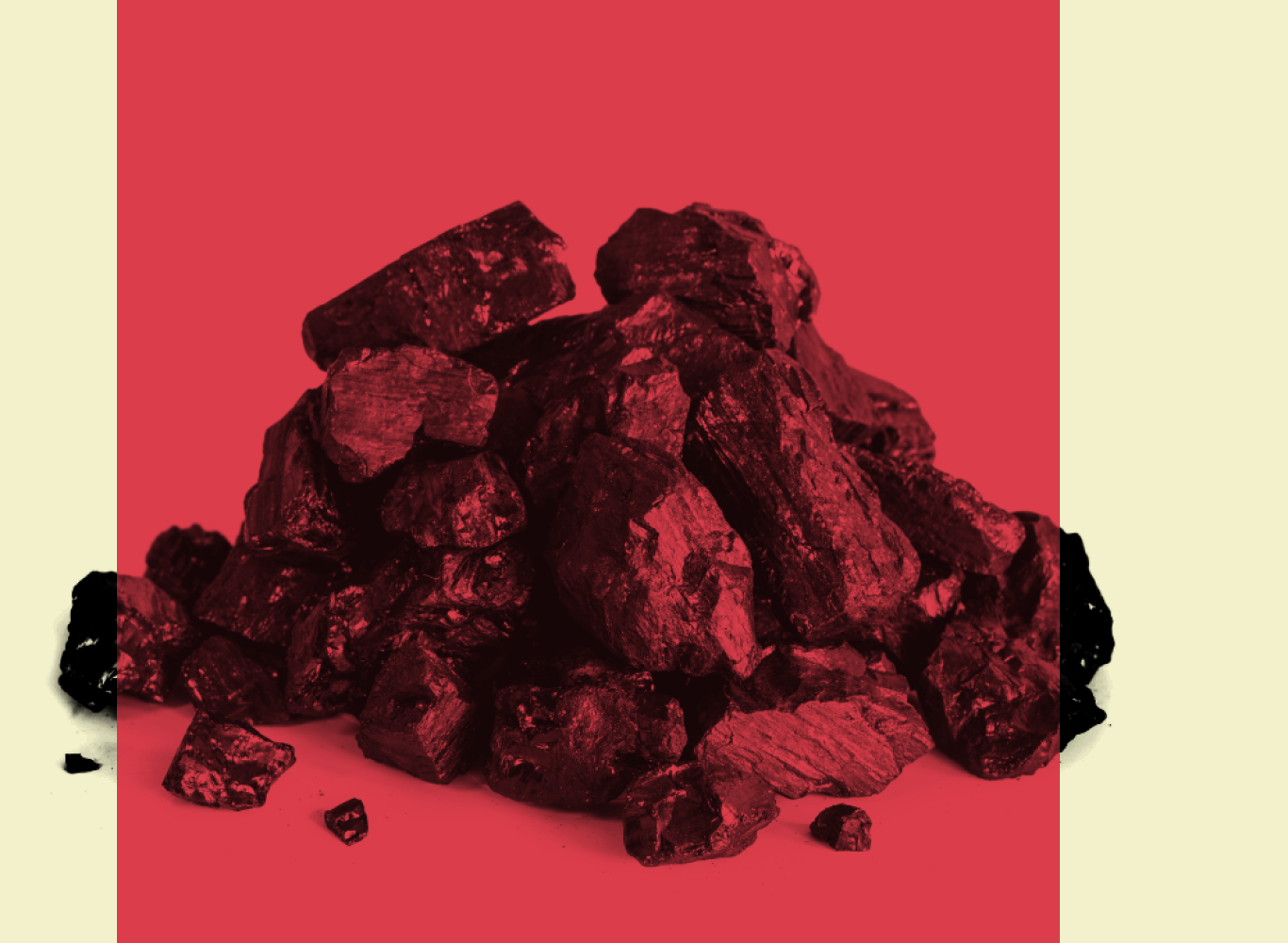 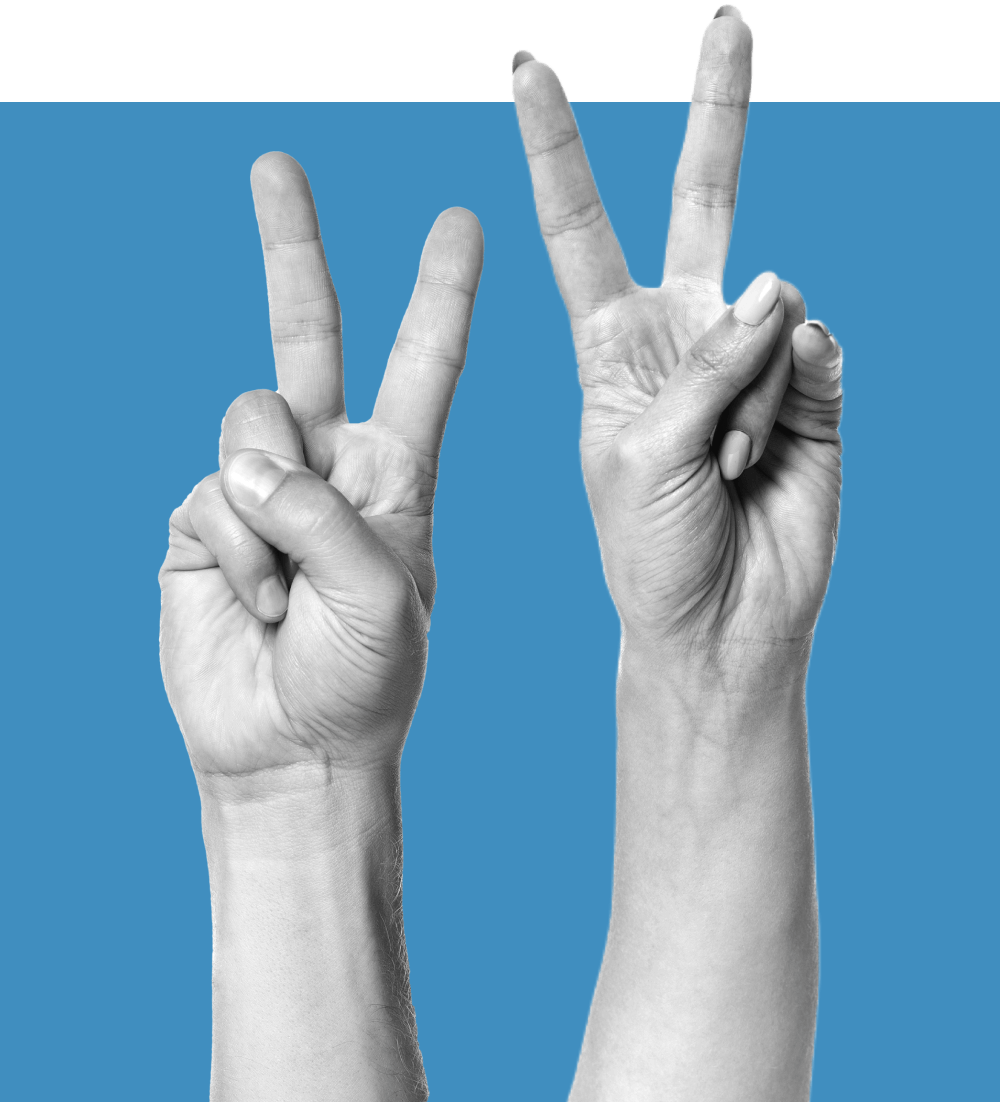 What can you do about it?

* Don’t succumb to defeatism: Whenever someone says “It’s too late - the end of the world is coming”, you can reply “No way - we can solve it with just 2% more”.

* Pester politicians relentlessly: they’re the ones who can make this simple vision a reality.

* Convince the people you know that an extra 2% of Global GDP is personal business. If your country invests this amount in clean energy, it will change the foreseeable future of your life, your family’s life, and the lives of those you care about most.‍

* Spread the word on social media: 2% more to save the future!

Where does this number come from?

Don’t just take our word for it. Here are some of the sources that claim an additional investment of 2% of annual Global GDP in clean energy is what it will take to avoid ecological catastrophe:

Net Zero by 2050: A Roadmap for the Global Energy Sector by the IEA

According to a 2018 report by the Intergovernmental Panel on Climate Change, baseline spending on clean energy around the world is about US$1.1 Trillion every year, equivalent to 1.3% of Global GDP. In order to limit global warming to 1.5°C, the IPCC projects that investments in clean energy spending will have to increase to around US$2.6 Trillion, which is 3% of Global GDP. (See chart B on page 155). That’s a difference of just 1.7%!

‍
Other agencies have produced similar estimates. In a 2021 publication titled Net Zero by 2050: A Roadmap for the Global Energy Sector, the International Energy Agency estimates that achieving a net-zero economy will require investments in clean energy and energy efficiency to rise to US$4.25 Trillion by 2030 (see the chart on page 22). Since the International Monetary Fund projects that Global GDP in 2030 will be around US$149 Trillion (see the chart on page 6), these investments in clean energy will amount to about 2.85% of Global GDP. Since we already spend about 1.3% of Global GDP on clean energy and energy efficiency, this is an increase of just 1.55%!

Conservation of the entire Amazon rainforest

Protection of the world’s developing nations

A 2019 report by the Global Commission on Adaptation states that an investment of US$1.8 Trillion in climate adaptation over the next 10 years could yield over US$7 Trillion in net benefits. This initial investment could fund a range of projects including resilient infrastructure and advanced early warning systems.

According to the Stockholm International Peace Research Institute, global military spending topped US$2 Trillion in 2020 — that adds up to 2.4% of annual Global GDP. But the world’s militaries don’t just cost a lot—Scientists for Global Responsibility estimates that they are also responsible for 6% of all global emissions.

The European Union estimates the amount of money held in offshore tax havens to be US$7.8 Trillion. According to another report, corporations stash an average of US$1.38 Trillion in profits offshore each year. When combined together, private and corporate tax evasion cause governments to lose US$427 Billion in annual tax revenue. That’s almost 0.5% of Global GDP!

According to research by the UN, the economic value of food that is lost and wasted each year is US$1 Trillion. That’s slightly more than 1% of Global GDP. This includes edible food lost at the production stage, during transport, and thrown away by retailers and consumers. But wasted food also has numerous environmental and social costs, including the costs of carbon emissions associated with growing and transporting food that goes uneaten. After including these factors, the cost of lost and wasted food balloons to US$2.6 Trillion, or 3% of Global GDP! Another major source of food waste includes the practice of feeding grain to farm animals. This could be costing the global economy as much as US$1.3 Trillion every year. That’s about 1.5% of Global GDP!

* All percentages of Global GDP on this page are based on the value for Global GDP in 2020.

Click below to watch Harari's talk on how we can prevent climate disaster, and to read his article on this topic. 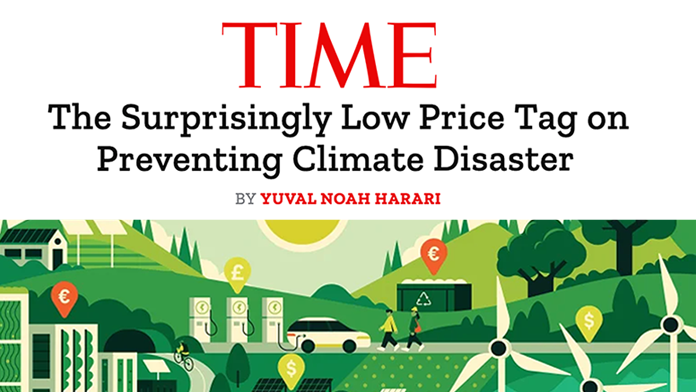 Back to decision makers campaigns